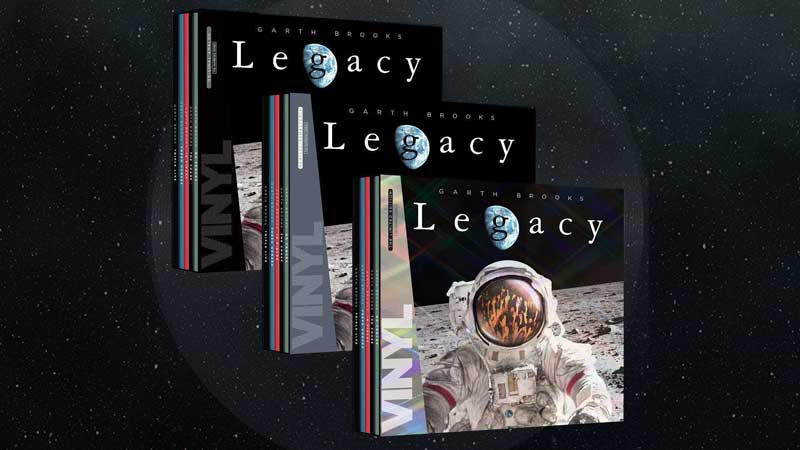 LOS ANGELES- March 4th, 2019- Garth Brooks’ vinyl release LEGACY got off to another wild start this past Thursday after totally melting the system two days before. This time, consumer demand once again overwhelmed the system. Brooks chose to number the first 123,199 vinyl boxed sets so fans could pick their own numbers, making it their own unique package.

After many hours of frustration for those attempting to reserve their meaningful numbers, Talk Shop Live figured out how to stop the system from stalling each time the buyer asked for lowest number available and the resulting sales would go on to break a number of vinyl records.

Originally scheduled for a 24 hour period OR until quantity available was sold.  The quantity was gone in just over 12 hours but the demand wildly exceeded the allotted amount of inventory so Brooks promised the people he would keep the site open another 6 hours for those who had trouble at the beginning. That extra time would take Brooks through the first 20,000 numbered boxed sets of vinyl - an amazing 420,000 vinyl albums!

“I have friends I would describe as the most patient, loving people on the planet who were pissed!” Brooks said, “It was a frustrating evening to say the least, but thankfully, everyone of them ended up getting the numbers they wanted.”

Brooks opened up the first window to just his “g-mail” chain and his INSIDE STUDIO G viewers and gave them the ‘band and crew’ family price. The next window will come in the next 2-4 weeks. Details on how to get your LEGACY vinyl collection to come.