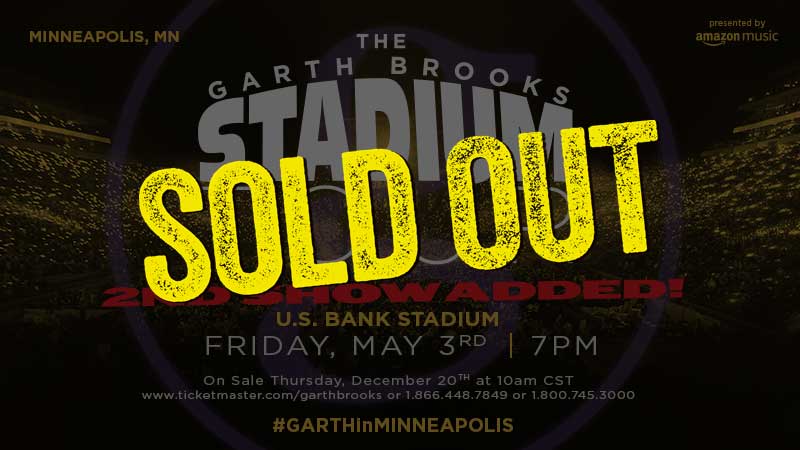 Garth Brooks Has Sold Out 2nd Concert At U.S. Bank Stadium In Minneapolis

The concerts are Friday, May 3rd, and Saturday, May 4th, at 7:00 PM. The tour is presented by Amazon Music. The Garth Brooks Stadium Tour is returning to the Twin Cities after four and a half years.

This past Monday morning on a conference call with Governor Dayton and local press in Minneapolis, Garth agreed to a second show!

Garth had planned to do a press conference with Governor Dayton at the Minnesota State Capitol this morning but due to a mechanical issue with the airplane, he had to cancel.