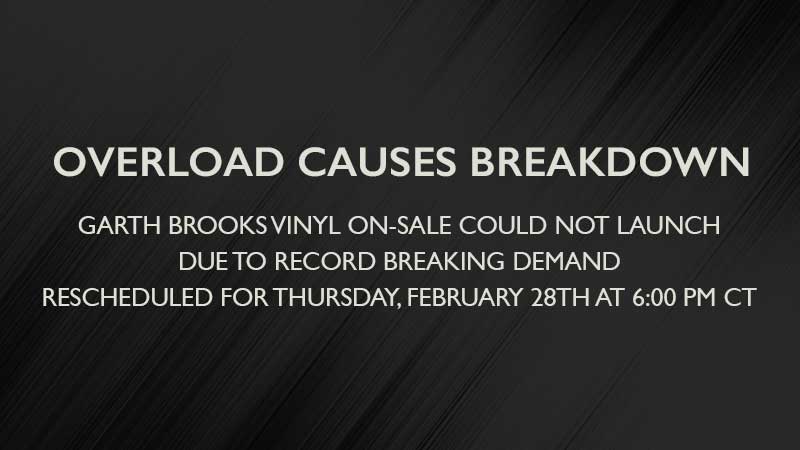 The good news is absolutely NO numbers were given out. This is now being rescheduled for Thursday, February 28th at 6:00 PM CT. As an extra bonus, those watching will get to see behind the scenes at his first rehearsal for the stadium tour.

"How do I say how grateful I am for the demand, while apologizing for the frustration people were going through. We're gonna try this again on Thursday," said Garth Brooks.

Fans pre-ordering all three of the LEGACY packages are being given the option to reserve their number, which will be printed on their edition.